It the year 2021 and Bill Kemp (James Olson) runs a satellite salvage operation. Kemp is a former astronaut and was the first man on Mars. He quit being a regular astronaut because the Space Corporation was only interested in shuttle flights for tourist to Mars and Venus. Kemp wanted to do more exploration, like going to Mercury.
After retreiving a satellite, Kemp returns to the moon station and meets Clementine Taplin (Catherine Schell). She is looking for her brother. He is a miner who works on the far side of the moon and has found something, but now he is missing. Kemp tells her he is probably ok.
After having a drink at a lunar watering hole, Kemp has a meeting with millionaire tycoon J J Hubbard (Warren Mitchell). Hubbard has discovered a 6000 tonne meteorite made of sapphire and wants to illegally have it crashed on the far side of the moon so he can mine it. Hubbard convinces Kemp to help him get it and promises to buy him a new spacecraft.
Meanwhile, Clementine is still trying to locate her brother. When a group of miners from the far side arrive, she asks them about her brother, but they have not seen him for months.
Kemp, his co-pilot and two of Hubbard’s men head out and attach small rockets to the rock to get it to change its trajectory. Everything goes off just as planned. They will have to give it a second correction in three days.
Back on the moon Kemp finds Clementine at the bar still waiting for her brother. She asks him to take her to her brothers mine. Kemp agrees but not before Hubbard’s goon tries to stop him. Kemp shuts off the gravity and a huge brawl ensues.
The two of them fly in his spacecraft to the far side and rent a “moon buggy” to drive to the site. Once there, they find her brother dead. Suddenly three people show up and start shooting at them. Kemp takes out two of them and busts the oxygen pack on the third one. When he puts her brothers pack on the man’s suit to try and save him, he dies instantly. They realize now the Clementine’s brother was killed.
Since their bug was damaged in the fighting they are forced to drive back in a mining machine . They barely make it to the nearest outpost but not before they both are forced to strip down to their underwear to try and survive the heat from the sun.
At the outpost the local constable is waiting. Then Hubbard and his goons show up. Once Hubbard’s plot is exposed he has the police officer shot, and forces Kemp to continue with the plan. Back in space they are setting up for the finally course correction when Kemp, Clementine and the co-pilot out wit Hubbard and his men, killing them all. The asteroid crashes right on her brothers claim making her a very rich women and Kemp her happy new boy friend.

This movies was billed as a space western and wow is it bad. It’s basically a claim jumper story. It also has a very typical 1960’s view of the future – lots of pastel colors and vinyl. There are many scenes that are down right comical with the bar brawl being at the top of the list.

Here are some of the better riffs.
# And so they set out in the wiener car in search of the giant kielbasa 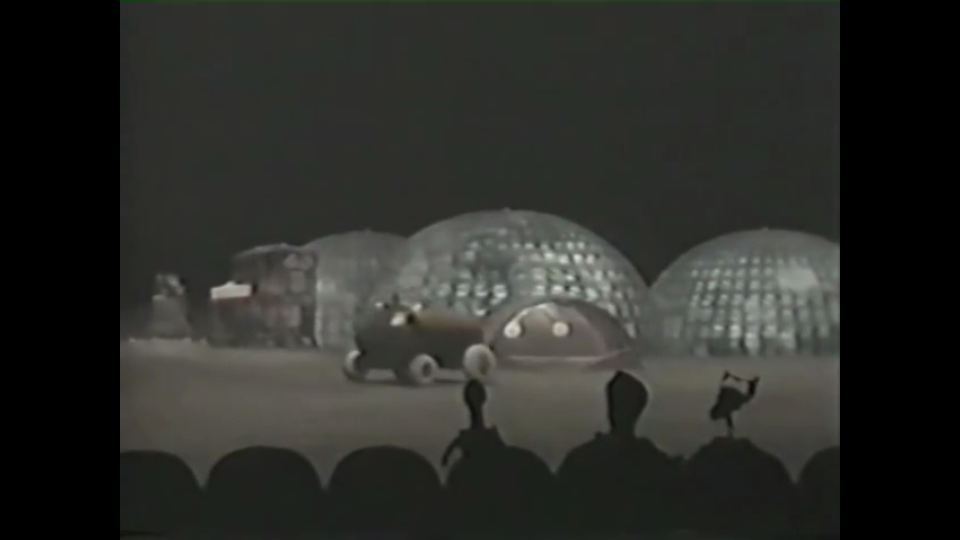 # I know it’s rough now, but it’ll get better when we fall in love later in the picture 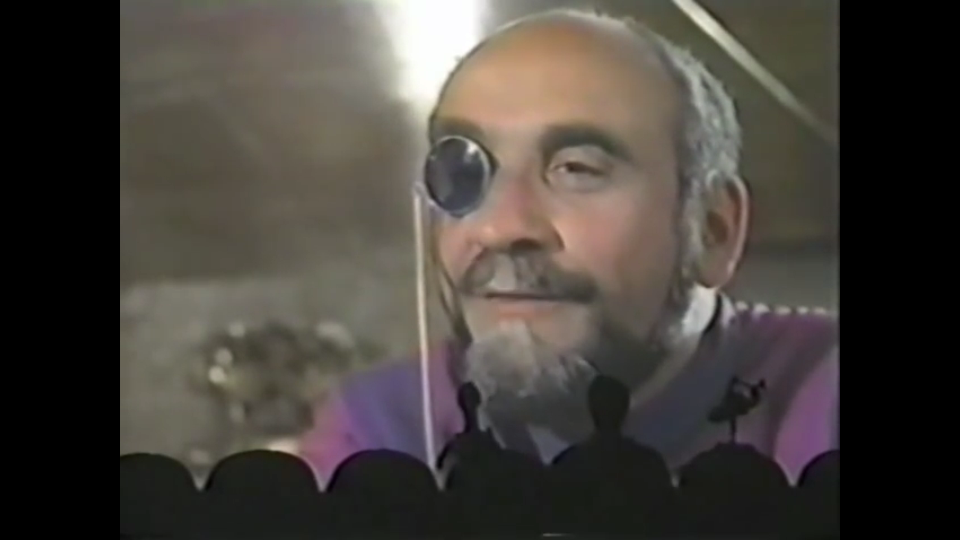 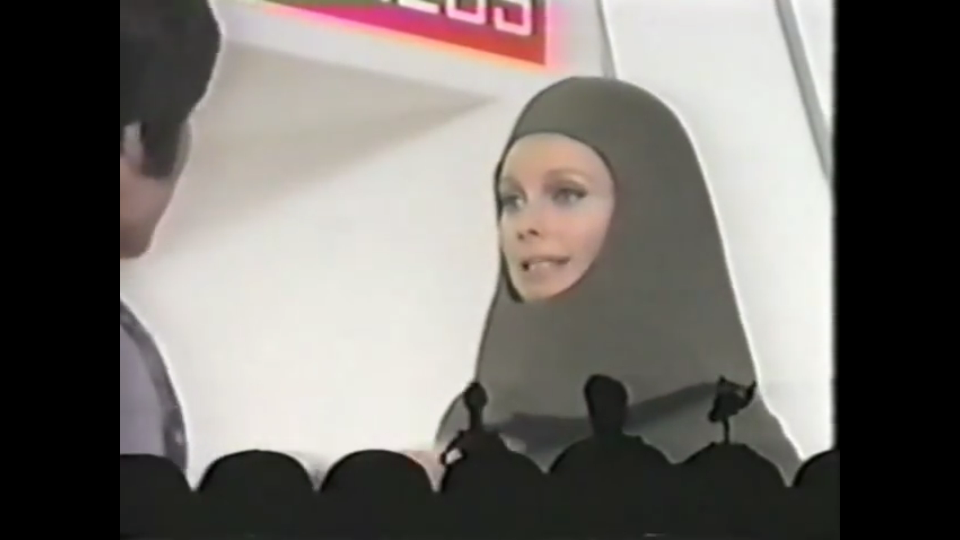 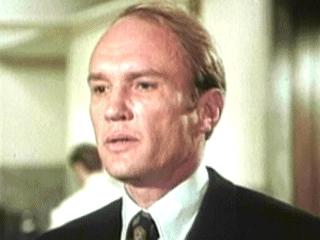 Catherine Schell appeared opposite Peter Sellers in The Return of the Pink Panther and for several seasons on Space: 1999 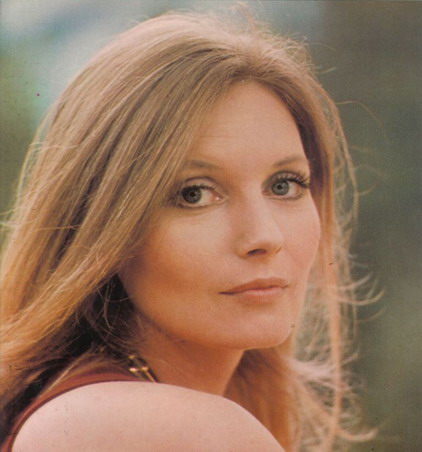 Warren Mitchell was Dr Clevett in The Crawling Eye from episode 101. He also appeared in Help!, The Spy Who Came in from the Cold, Jabberwocky and has enjoyed considerable success on stage winning the Olivier Award in 1979 for Death of a Salesman.

For Monty Python fans Carol Cleveland has a brief appearance. 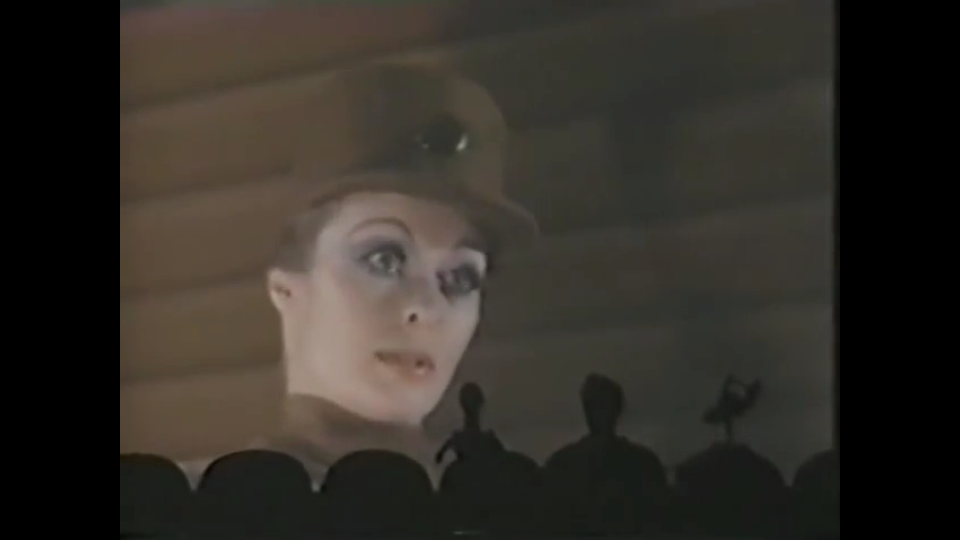 One of the best parts are the dancers in the saloon.

Then one of the dumber moments.

Lots to see here. One of the better ones of this first season.