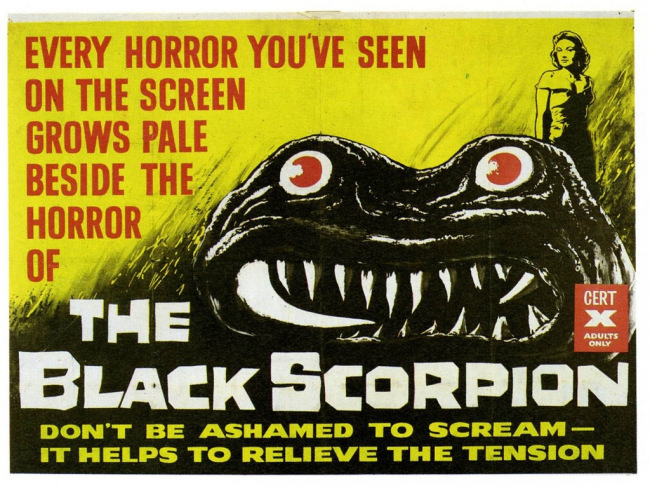 After a large earthquake, a new volcano is born in a remote section of Mexico. Two geologists, Dr. Hank Scott and Dr. Arturo Ramos, are sent to study it. On the way there the jeep they are driving begins to overheat. They stop by a home looking for water to fill the radiator. The house is partially destroyed and a mangled police care is also there. They find the officer dead. Suddenly they hear a rattling noise. It turns out to be a baby, unhurt and playing in it’s crib.
They take the child to the nearby village of San Lorenzo. There they meet Father Delgado. He tells them of the problems that have been raining down on the village. Many locals have disappeared. There has also been homes destroyed, livestock killed and strange noises in the night. The Mexican military arrives to help with relief efforts.
The next day Hank and Arturo head out to begin their geological work. While out on the survey they see a lady get thrown from her horse. Hank (Richard Denning) comes to her rescue. Her name is Teresa Alvarez (Mara Corday) and she owns a local ranch. They give her a ride home and stay for dinner. Hank and Teresa are immediately smitten with each other. Arturo (Carlos Rivas) heads back out to retrieve Teresa’s saddle and finds a piece of obsidian with a scorpion in it. When they break it open they find it’s still alive. Another day gone with Hank and Arturo getting no work done.
Into this mix comes Juanito ( Mario Navarro) the son of Teresa’s housekeeper. He desperately wants to go with Hank and Arturo, which can’t be good.
The volcano erupts and a chasm opens up to an underground area full of giant scorpions. Many of them climb out. Three telephone repairmen are attacked and killed by the creatures. The military try shooting at the scorpions but it has no effect on them. When the scorpions return underground Hank and Arturo get help from entomologist Dr. Velasco (Carlos Múzquiz). Velasco’s plan is to use poisonous gas to kill the beasts. Hank and Arturo are lowered into the chamber only to find it full of other giant insects as well. Unbeknownst to them Juanito has stuck down with them and is quickly in trouble. The scientists rescue him and escape but not before all the gas canisters are lost. The scientists are left with only one course of action: seal the cave with explosives before dark. The plan works but a few scorpions find another way out and begin tearing up the countryside.
The largest of the group turns on the others and kills them. It is the last one left now and it heads for Mexico City. Hank and Arturo use a truckload of beef to lure it to a stadium where the military is waiting. Despite throwing everything at it the weapons do nothing to the giant creature. It destroys many tanks and helicopters in the battle. As a last ditch effort a spear is rigged up to a power line and they are able to harpoon it in the only weak spot it has, under the throat. The 600,000 volts are enough to kill the behemoth. Hank and Teresa can now go back to the ranch and start a family or something.

The stop action work on the scorpions was really good but otherwise this movie was kind of dull. They waited so long to show the scorpions that the movie gets really boring in the first half. The kid was extremely annoying as well. 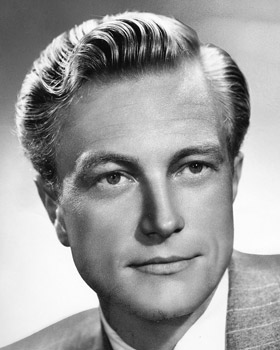 Richard Denning is best known for starring in science fiction films of the 1950s, including Unknown Island,Creature from the Black Lagoon,Target Earth and the Day the World Ended.

Mara Corday in 1955 appeared in Tarantula where she met Clint Eastwood. They would remain lifelong friends. She later got married, appeared in Playboy and gave up acting in 1961 to raise a family. She returned to acting in 1974 in Clint Eastwood’s The Gauntlet. She may be most remembered for being the waitress in Sudden Impact that dumps a ton of sugar in Harry Callahan’s coffee leading to the famous “Go ahead, make my day” line from Eastwood.

Mario Navarro played one of the children in The Magnificent Seven that Charles Bronson befriended. 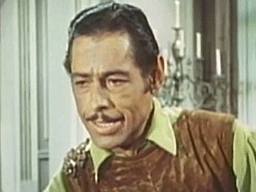 Carlos Múzquiz made over seventy movies in his native Mexico. He died in 1960 at the age of 54.

Best riffs
# Could you scream a little slower? I can’t understand you!

This is the end of season one. Over all the show was hit or miss. About half the movies were fun to watch but the host segments were mostly rather poor. Big changes were coming in season two.