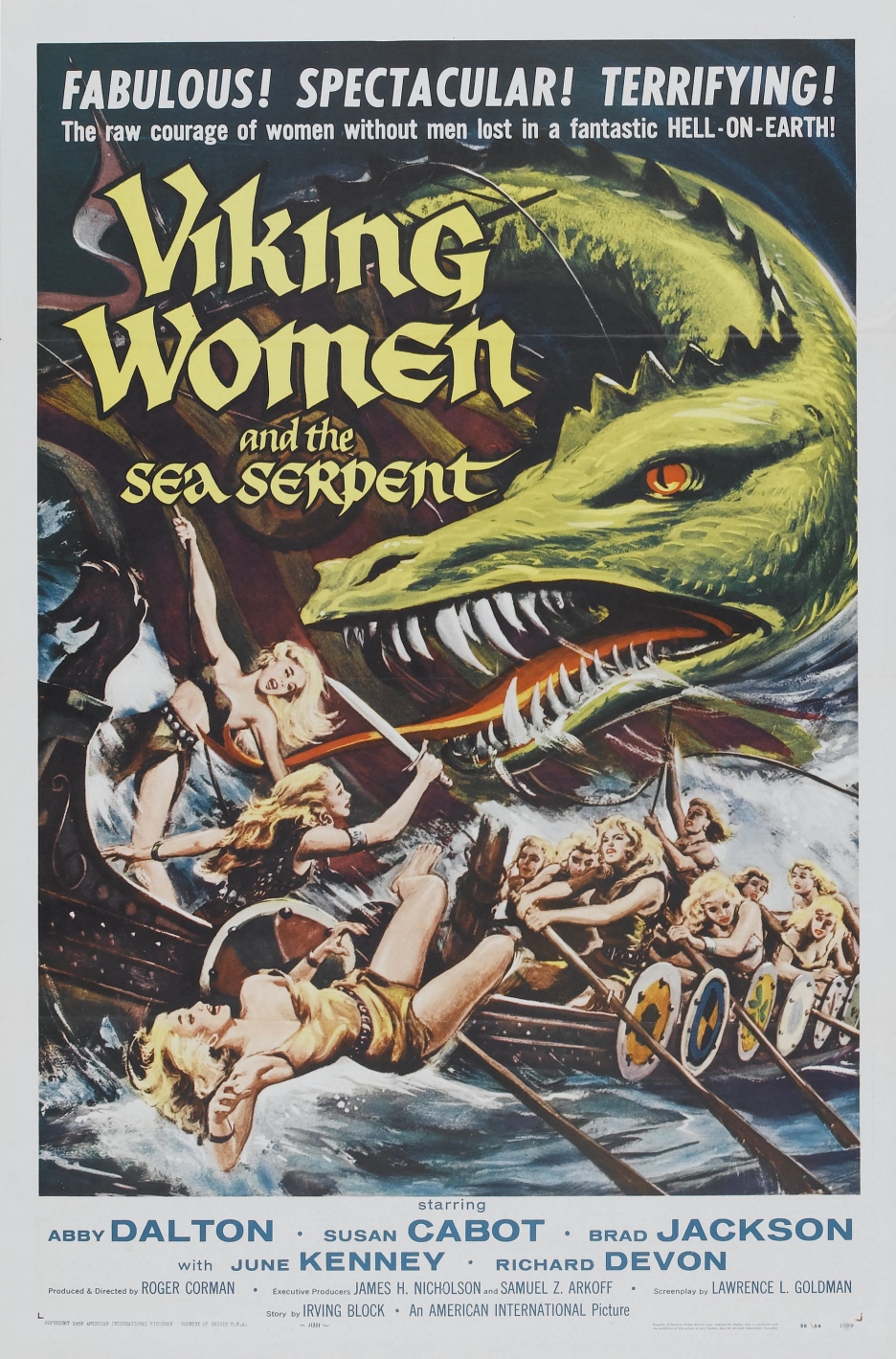 ** Joel seems to have gone off the deep end since he won’t stop raving about waffles. He lists off a bunch of different ideas for using waffles with all kinds of food.
For the invention exchange Dr Forrester and Frank have made the meat reanimator. Joel makes a waffle iron that turns waffles into pancakes.

The Home Economics Story
A group of girls are in the assembly hall at a high school. They are there for a girls only lecture so you know what that means. It’s all about a girls peri…. wait, it’s about home economics. We also meet Kay one of the students. As the lecture goes on we see several scenarios of ladies doing work using their home economics degrees. Kay pictures herself doing each of these jobs. Now she knows what she wants to do.
Kay talks to her parents and applies to college.

Sure enough she gets accepted and off to college she goes. We see her find her dorm room. Then meet her roommate. Then a couple of other girls. Then she goes to class. Then she goes to a football game.
Later Kay decides she wants to be a teacher. Her friends decide on other careers. Then we get to watch each of them learning in their chosen fields. They graduate then move on. The end.

** Break
** Joel has reprogrammed the robots to love waffles. Soon they start devouring the huge stack of waffles Joel has set out.

The Viking Women and the Sea Serpent
A group of viking women are waiting on a beach. The men of their village sailed away three years ago in search of a better place to live but they have not returned. The women are trying to decide if they should go looking for the men. They vote by throwing spears into a tree. After some debating, Enger throws the final spear and they vote to go on the big adventure. Desir, the leader, tells Ottar, the only man left in the village, to stay behind with the other women.

Enger may have an ulterior motive for voting the way she did. Seems she is in love with Desir’s man and maybe hoping to sneak in on that action if they find the men.
The women quickly build a boat and sail away. They sail into the night. Thyra is steering the ship when she notices something moving under a pile of furs. It’s Ottar. He somehow was able to sneak on board. Thyra promises not to let the other know he is there.
The next day, Ottar comes out of hiding. Desir (Abby Dalton) lets him stay on board but puts him to work. Enger (Susan Cabot) decides now is a good time to try and get rid of Desir. She loosens the rope that holds up the main sail. It comes crashing down and nearly hits Desir but she is okay so they sail on.
Later Desir spots something in the water. She jumps in and it looks to be a piece from a ship.

Just then a shark starts after her. She barely makes it back to the boat. Then a giant sea serpent appears. They try to get away but the weather starts get very rough. The serpent creates a vortex in the water which sends the women overboard. Lightning strikes the ship, setting it on fire.
The women, Ottar included, awaken on a beach. A group of men on horseback capture them and force them to walk a long way to their village. One of the men whips them every now and then to keep them moving. They pass a cave along the way that has guard posted outside of it.

** Break
** Joel walks out with a plate of waffles. He looks at the camera and just says waffles.

They make it to the village and enter a great hall that was obviously built by vikings. They meet the leader of this tribe, Stark and his son, Senya. They are know as the Grimwald. Stark invites them on a boar hunt.
They all head out on horseback with a couple of dogs leading the way. Ottar doubles back to see if he can figure out what is going on in the cave. Senya rides into a tree branch and falls from his horse. A boar corners him and starts to attack. Desir hears him scream, rides up and spears the boar. Senya is really upset that a girl saved his life. He says since he is a prince and had to be saved by girl he will be banished. Desir agrees to let him take credit for the kill. She notices Senya is wearing the arm band Vedric, her boyfriend, normally wears. The hunters are riding up so Senya promises to tell Desir where he got it. Stark is quite impressed with his son.
Back at the great hall, a lavish party is going on. One of the men keeps groping Desir’s sister, Asmild (June Kenney). Desir grabs a knife and is ready to take care of some buisness when Senya challenges her to an arm wrestling contest.

They split the first two matches before Stark puts an end to the contest. Then, two men bring Ottar into the hall. He fights with them and several others before finally being subdued.
The next day, Stark takes his new slaves into the cave they saw earlier. Sure enough all the missing viking men are in there toiling away. Stark makes Ottar join them. He puts the women in a secure room at the village. Tomorrow he is going to let his men have their pick of the women.
The women try to figure a way out of this pickle when they notice the bars on the window are kind of far part. Asmild is able to slip through them.

Right after she leaves, the door opens and the guard lets two women in with some food. They get into shoving match so the guard has to separate them. While this was going on, Enger sneaks out the door.
Asmild makes it to the cave. Somehow she got a key and was able to free the viking men. They grab some large hammers and make their escape. They walk out of the cave entrance and Stark and his men are waiting for them. Enger has tipped him off. They give the viking men a good ass whooping. He even brought all of the viking women out to see it. It’s back to the cave for the men.
Stark goes back to the great hall with Enger in tow. She wants to get rid of Desir so she can have Vedric (Bradford Jackson) but just for a fling. She cozies up to Stark to get on his good side. He gives her a ring. She heads for the cave and shows the guard the ring, so he let’s her pass. She finds Vedric and tries to convince him to leave with her but he turns her down.

** Break
** Tom mentions that he has been eating too many waffles and wonders if the world would be a better place without waffles. Suddenly Willy the Waffle shows up and explains how nothing would be the same if there weren’t any waffles.

Enger goes back to Stark (Richard Devon) and asks him to kill Vedric and Desir. The next day Stark ties both of them to some posts and piles a bunch of sticks around them. He only needs to kill one of them as a sacrifice to their gods. Whom ever begs for mercy first will get to live. Senya lights the fires but neither one will give in. Enger has a change of heart and tells Stark to release them but he cannot. Once the fire is lit a sacrifice must be made. She says a prayer to the viking gods and it starts to rain, putting out the fires. Senya is then struck by lightning and killed.

Ottar releases the two captives just before Stark goes after them with his sword. Vedric fights back and is able to get ahold of the sword. He has Stark dead to rights but refuses to kill him. They only wish to leave.
Stark and company have a funeral pyre for his son. They toss in a sword and a live woman as well as the dead boy. Stark vows to avenge his death.
All the vikings have set out on foot looking for the sea. Stark and his men set out after them on horseback with a few dogs leading them. They close in on them quickly. Enger decides to play a fast one. She drops a bracelet on the trail and start heading in a different direction. The dogs follow her as do the Grimwald riders. The vikings find the beach just as the dogs find Enger and maul her to death. Stark and his men double back towards the beach. The vikings grab a boat on shore and start paddling away but Ottar (Jonathan Haze) falls as the boat moves away. He fights and kills the first Grimwald man that arrives before swimming to the boat. Stark and company grab the other two boats and start after them. The Sea starts get rough, the vortex starts again and then the sea serpent reappears. Vedric throws a spear at the beast and it hits it right between the eyes. It thrashes about and takes out the Grimwald boats before dying. The waters calm down and the vikings are able to return to their home land.

** Joel and the bots sing a song about how great waffles are. Dr Forrester is not impressed. When Frank mentions waffles the doctor shocks him with the reanimator.

Abby Dalton was nominated for an Emmy Award for her role in the tv show Hennesey. She also starred as the wife of Joey Bishop on The Joey Bishop Show and later as a murderous winemaker and daughter to Jane Wyman’s character on Falcon Crest.

Susan Cabot was raised in several foster homes. She appeared in a few other Roger Corman films as well as a few Westerns before leaving Hollywood. She later had a romantic relationship with King Hussein of Jordan. She was beaten to death in 1986 by her own son who was suffering from mental problems. She was 59 years old.

Bradford Jackson mainly had bit parts through out his short acting career.

June Kenney played Carol in episode 313, Earth vs the Spider

Richard Devon was a well known tv character actor through out the 1960’s with appearances in The Rifleman, The Life and Legend of Wyatt Earp, The Virginian, The Monkees, Lassie and The Twilight Zone. This is a great episode. The home economics short is hilarious and the main movie is another great Roger Corman film with a bunch of unintentional funny parts. There actually is a story here and it’s fun to watch. 5 out of 5.