** The bots made a model “car” in honor of the muscle cars of old.

For the invention exchange, the Mads make “boil-in-the-bag intervenes diners”. Joel’s invention is adult novel pop up books. Dr Forrester tries to suffocate Frank with a pillow but is forced to stop so he can send the movie.

First we meet a young man named Max Keller. He is thrown out of a bar window after trying to help someone. He gets back at the bikers that did it by tying their motorcycles up so that can’t ride them.

Meanwhile over in Japan, we meet John Peter McAllister, an American that is a  master ninja. He is coming back to America to find a daughter, Teri, he never knew he had. One of his students is not pleased that he is leaving and tries to stop him. And by stop him I mean kill him. McAllister is able to get away but gets a ninja star in the back.

Max drives around the country in his van doing odd jobs. He ends up in Ellerston Illinois. Driving into town, a girl runs out of the woods and Max has to slam on the brakes to avoid hitting her. Her name is Holly Trumble and she desperately needs a ride. Max takes her to her father’s little airport while being followed by a man in a car. Turns out the man is actually the sheriff. With some fancy driving they are able to get away.

After dropping Holly off, Max heads to a local bar. Just about that time, McAllister walks in. As does the sheriff. Before long a fight breaks out and Max goes flying through the window. Then McAllister (Lee Van Cleef) goes into action. Luckily for everyone, he attacks the bar. First he takes out a hanging light with a ninja star. Then he jump kicks a couple pinball machines. After that, he breaks a pool cue in half on his neck and throws the two pieces through some other games.

Not done yet, he round house kicks a bunch of glasses. Then finally, he jumps again and takes out some wooden decorations. Max sees all of this and is very impressed. McAllister grabs Max (Timothy Van Patten) and they both high tail it out of there.

The two of them now need a place to hide from the sheriff, so instead of leaving town, they go to Trumble Airport. When they arrive they see Mr Trumble talking to another man. This man is a lawyer representing a Mr Christensen. He wants to buy the airport but Trumble is not selling. Trumble (Claude Akins) lets our heroes hide out at the airport until the heat is off. Holly (Demi Moore) even gives Max a little kiss.

McAllister fills Max in on his back story and why he is there. He was in Japan at the end of the war and decided to stay and became  a Ninja master. Later he found out about his daughter. Turns out she was at this very airport not too long ago. Max says he will help McAllister find his daughter if he teaches him to be a Ninja but McAllister not taking on any hot headed pupils right not. Max decides to take his hamster and leave.

Oh that’s right, I forgot to mention, Max has a pet hamster that he likes to carry around with him. He keeps it in the van were it likes to run on an exercise wheel. Max drives away. Holly sees him leave then she sees a fire break out in one of the hangers. The fire was set by the sheriff and a couple of henchmen men. .
** Break

** Crow presents the Van Patten Project. An insidious plot to get a Van Patten in every bad or low budget tv show or film in Hollywood.

Now we meet Mr. Christensen. He’s throwing a big shindig to celebrate his new shopping center he is going build on a certain airport property. His lawyer tries to tell him about the nights events at the airport but Max barges in and starts in on him about trying to get ride of the Trumbles. Mr. Christensen has him thrown out of course but not through a window. McAllister is waiting outside for him.  Looks like he is going to teach him after all.

The next day the training begins in earnest. Of course McAllister is dressed in a full ninja outfit so you can’t tell it’s really his stunt double.

Max even impresses the old master a little bit. While this is happening, there is someone watching them from the trees. It looks like McAllister’s past is looking for him as well.

Max and McAllister decide to pay the sheriff a little visit. At night when the sheriff (Bill McKinney) is driving by, McAllister uses a ninja star to blow out a tire. He then jumps through the windshield into the passenger seat. Then poof, he’s gone. The sheriff gets out of the car only to be quickly tied up. Max asks him who helped him set the fire and where is Christensen. With a samurai sword at his throat the sheriff spills the beans.

They head for Christensen’s office tower. Max goes in through the main entrance and fights his way past a few guards while McAllister climbs up the side of the building. Christensen (Clu Gulager) is packing up his stuff.

Looks like he is going to get out Ellerston.

It also looks like our snooping friend from earlier is in the building and he is looking for McAllister. Max makes it to the top floor and confronts Christensen. After getting shot at a few times, Max kills him with a ninja star. Now it’s time for some good old fashioned ninja fighting. After a protracted battle McAllister gets the upper hand on his opponent but decided to spare his life. His name is Okasa and he is the former student that tried to kill him in Japan. Maybe we will see him again sometime.

Turns out Holly knew McAllister’s daughter. She said she went to San Francisco so that’s where our odd couple will be heading.

** Joel and the bots have a bar fight but each one has their own theme music. Frank tries to get in on the act but Dr Forrester puts a stop to it.

Now in San Francisco, Max and McAllister go into some sort of dance club.

Holly mentioned a girl McAllister’s daughter knew worked there. The place is run by a Mr Patterson. One of his daughters is a dancer and the other is confined to a wheelchair. Max tries to talk to the dancer but doesn’t get very far as the bouncer keeps him away.

Meanwhile a group of Asian men come in the club to talk to Mr Patterson. McAllister recognizes a ring one of the men is wearing. Looks like trouble. The men seem to be threatening Patterson but for a little protection money they can stop . McAllister steps in and finds out that one of the men is a ninja also. Eventually the men leave. Max is finally able to talk to the dancer, Kelly, and learns where Teri might be staying. The two decide to go see if she is there.

They start driving and are immediately followed by the Asian guys. It seems the bad guys don’t like McAllister helping Mr Patterson. Max is able to give them the slip. He hides the van which means only one thing, time for McAllister to do some ninja stuff. He puts on the black suit and climbs up a telephone poll and walks out on the wire. When the bad guys car drives under him, he jumps down on it. They drive off with him on top. McAllister then smashes the front windshield and pulls the steering wheel off. He hops off as the car goes into the harbor.

Now the bad guys have to come up with some other way to get some money out of Patterson. They decide to kidnap Kelly.

McAllister goes to the club. He gives the daughter in the wheelchair, Jill, a little pep talk, then offers to help Patterson with the bad guys. Max is keeping an eye on Kelly but the bad guys get her anyway. They call Patterson and demand $20,000. Since they don’t know where she is, McAllister suggest that they pay it, but he has a clever idea and it involves Jill.

** Joel and the bots come up with some different items to replace the nunchaku, like cluck-chucks and thumb-chucks

Jill rolls down to the rendezvous point and hands over the money.

While they make the exchange, McAllister hides himself under their car. The bad guys drive away with him hanging on underneath. They make it to their office in China Town with McAllister still hanging on. Now he knows where they are keeping Kelly. The bad guys call Patterson and makes one final demand. He must sign over ownership of the club to them before he can get his daughter back. Patterson agrees to do it.

That night, Max and McAllister make their way to the bad guys building. The thugs make Kelly dance for them. McAllister fires a grappling hook from one building to the next. He and Max slide down the cable into the room wear Kelly is. They defeat the two guys there, grab Kelly and the money, and head back out the way they came in. Which means it time for more wire walking. First McAllister helps Kelly make it across. Then Max does it.

Safe and sound on the other side, they walk away without any problems. Wait, it’s the other ninja guy they saw at the club.

He and McAllister do battle while Max and Kelly head for the car. Of course McAllister wins or there wouldn’t be a Master Ninja 2.

Back at the dance club they have a little celebration. McAllister’s daughter is not in San Francisco after all. Looks like they will have to look for her elsewhere.

** While Joel reads a letter the bots make their own master ninja theme song. When they are done we see that Frank is suffocating Dr Forrester this time but is forced to stop so he can push the button.

Demi Moore was 22 years old when this movie was made. Of course she has gone on the become a huge Hollywood star. 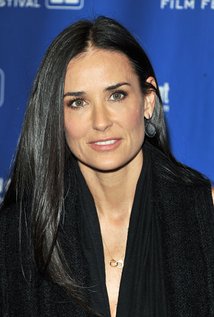 Claude Akins is best-known for his role of Sheriff Lobo on the TV show B.J. and the Bear. 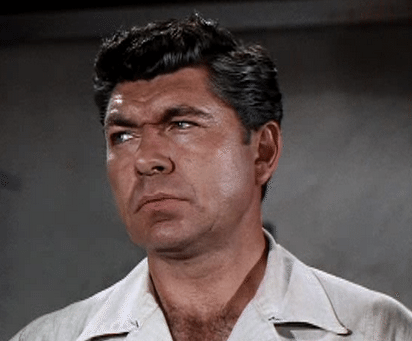 Clu Gulager played Billy the Kid on The Tall Man and Emmett Ryker in The Virginian.

Bill McKinney played a mountain man in the movie Deliverance. He also appeared in several Clint Eastwood movies, including The Outlaw Josey Wales, The Gauntlet and Pink Cadillac.

## Hey mister, your ninja is dragging.

## Who smells like urine and cedar chips in here?

I really like this episode. The movie is not really a movie of course. It’s two episodes of a tv show called The Master stitched together into a movie. Either way it’s great 80’s schlock. Everything about it is cheesy. 4 out of 5