The Castle of Fu Manchu

** Joel and the bots sing a new song about the satellite of love. Joel forgot about the invention exchange so he didn’t have anything ready. Dr Forrester and Frank invented the stinky bomb in honor of the movie.

A voice over by Fu Manchu explains how his great new power will turn the tropical waters off of South America into ice. From his hideout, Fu Manchu and his henchmen man the controls of this…. whatever it is and cause an iceberg to crash into a cruise ship. The ship promptly sinks.

The scene shifts to an English countryside where two men are doing a little fishing in a stream. Unfortunately the fish aren’t biting.

They take a break from angling to eat some lunch when a man on a bicycle rides up with a message for them. The two men, Nayland Smith and Dr. Petrie, need to return to Interpol right away. They take the next train back to London.

Fu Manchu (Christopher Lee) then delivers a radio message demanding total obedience to his commands or he will freeze the oceans. The team at Interpol can’t figure out where the message came from. They only have 14 days to figure it out or disaster will be fall mankind.

Next we go to Istanbul where Lin Tang, Fu Manchu’s daughter is on a boat where she meets a lady named Lisa.

Lisa takes Lin to meet Omar Pasha. This all has to do with opium and Fu Manchu trying to control its supply. Apparently he needs it to run his ice making machine.

** Crow reads a letter he wrote about white actors playing none white roles. He is very distressed as are Joel and Tom. This really pleases the Mads.

Lin Tang and a group of men attack the castle of the governor with the help of Lisa and some of Omar’s men. The castle has a large supply of opium. They seize the head guy there and kill him. Fu then has all of Omar’s men killed but spares Lisa. In an attempt to not arouse suspicion, Fu sends out a message from the Governor’s office that the attack failed.

Back at Interpol, Smith (Richard Greene) and Petrie (Howard Marion Crawford) find out about the attack and quickly put two and two together. They try to contact a Dr. Heracles. He has done a lot of research on the whole thing that Fu has being doing. Turns out Fu got to him first.

The doctor is in a bed at the castle. He has a bad heart but Fu needs him to do some lab work. To save the doctor’s life, he plans on giving him a heart transplant.

Back in England, Petrie and Smith visit Dr. Curt Kessler and his wife Dr. Ingrid Cox. Kessler is Heracles heart doctor. The four of them decide to go to Istanbul and look for Heracles but before they can go, Kessler and Cox are abducted by some of Fu’s men.

** Joel and the bots try to do a sketch about them flying on magic carpets but Tom breaks down crying. The movie is so bad it’s having a terrible effect on all of them. Dr Forrester and Frank are very pleased with themselves.

Omar finds out that he has been double crossed and plots his revenge.

The two doctors are taken to Istanbul where Fu orders them to remove the heart from a healthy man and put it in Heracles so he can live. Kessler is not sure if he wants to do it. Fu tells him if he doesn’t he will torture his wife. To prove he is serious, Fu has a dam destroyed, killing a bunch of people.

Smith and Petrie also make it to Istanbul. Smith will try to sneak into the castle.

Kessler decide to do the operation. Somehow Fu has a state of the art operating room in the castle. Kessler and Cox perform the operation which takes hours to complete and is a success.

Smith bumps into Omar near the castle. They agree to work together to get Fu Manchu.

With the operation complete, Fu takes Cox away so that Kessler can just concentrate on Heracles recovery. They put her in a cell next to Lisa, who has been tortured.

** The bots are really distressed by how bad the movie is. Joel tries to cheer them up with some drawings about how Fu Manchu got his name but eventually even Joel can’t take. The Mads are delighted.

Lin Tang informs Fu that the guards have captured Omar. They bring him to Fu.

They also bring Lisa from her cell. Omar tells him he wants Lisa returned to him. He also tells him that his men have captured Nayland Smith. Fu agrees to release Lisa but they can’t leave yet. Omar pulls out a knife and throws it at Fu but misses. Lisa gets away but Omar is captured. He tells them where Smith really is then Lin Tang kills him. Fu sends some men to attack the building he and Omar’s men are hiding in.

Heracles finally wakes up from surgery but he refuses to help Fu. Lin Tang tells Fu that Smith and the other men are dead. Fu broadcasts his finally ultimatum and announces Smith is dead. Dr Petrie hears this and is stunned. Fu eventually gets the formula from Heracles.

Smith, not really dead, swims his way to the castle.

The two doctors are in a cell together. Kessler was able sneak some acid from the operating room. He uses it the break the lock and they escape.

Smith finds Lisa and the two of them try to send a message to London on Fu’s radio.

Fu figures out where they are and disables the radio. Lisa and Smith find Heracles but some of Fu’s men find them. Smith, with a little help from Lisa, is able to fight them off. They grab Heracles and escape.

Cox and Kessler are trying to escape through a tunnel when Fu starts flooding it with water. They are barely able to make it out.

Lisa, not knowing that Omar is dead, goes back to try and save him but she drowns in one of the tunnels.

For some reason everything starts to explode as Fu tries to escape. A voice over from Fu proclaims “The world shall hear from me again”.

** Joel tries to read a letter but just can’t. The Mads are toasting their success but Joel tells them they should try watching the movie. Frank and Dr Forrester start watching a clip from the film but quickly they run out of things to make fun of and start getting angry, so they shut it off. Frank says they would have made some funnier comments but the movie wasn’t any good. This cheers up Joel and the bots but ticks off Dr Forrester. Time to put Frank’s head in a wood vice.

Christopher Lee is famous for his many portrayals of Dracula and more recently as Saruman in the Lord of the Rings trilogy. He passed away in 2015 at 93 years old.

Richard Greene is best known for The Adventures of Robin Hood, a British television series which ran from 1955 to 1959. He died 1985 at 66 years old. 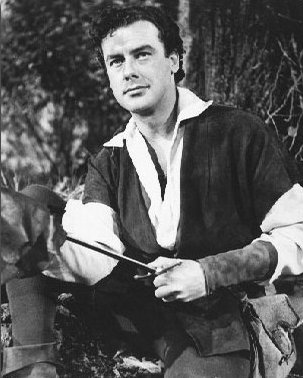 ## Best Riffs
## Even the credits stink ## Ya know, I’m learning a lot more about this guy’s nasal hair than I ever really wanted to know

## Only you can prevent desk fires!

Wow this movie is bad. The camera work is terrible and almost nothing happens. And that doesn’t even cover Christopher Lee playing an Asian guy. There are some good riffs and Frank and Dr Forrester are great but they don’t save this one. 1 out of 5