It’s present time on the SOL. Joel gives Gypsy a Little Mermaid Bath Set and Tom gets a Junior Dragster. Crow gets a pair of dress slacks.

The Mads invention is a device to crack open the earth and destroy all of the continents. Joel and the bots invention is Jim Henson’s Edgar Winter Babies.

Two boys are trying to tie a tin can to the tail of old man Billy Slater’s horse. He catches them before they can complete the job. Since they are so bored he suggests they organize a junior rodeo.

The boys put up posters around their little town promoting the rodeo and before you know it the whole town pretty much shows up for the big day.

First there are a few horse races then some calf roping, followed by all kinds exciting events. To end it all, they hand out awards and prizes.

A voice over explains that shrews are mean nasty creatures that will eat anything. Now there seems to be a new species of shrew that has emerged.

Captain Thorne Sherman and his first mate Rook Griswold pilot a boat to a remote island. They are carrying some supplies for the inhabitants there, all the while, they are keeping an eye on the weather as a storm is approaching.

They anchor the boat, row ashore and are immediately greeted by lead scientist Marlowe Cragis, his daughter Ann and Jerry Farrel. Thorne is instantly smitten with the beautiful Ann but is leery of Jerry since he is carrying a shotgun.

Marlowe wants Thorne to take Ann back with him. He seems more than happy to but informs them they are not leaving today on account of the storm. He isn’t even going to unload the supplies as they will help stabilize the boat. The islanders are not happy about this but they and Thorne head to their compound while Rook stays with the boat for now.

The group reach the compound and head in. Thorne can sense something is not right about the place but never-the-less he shares a cocktail with his hosts and prepares to spend the evening on the island. ** Joel is dressed up like a cowboy and reciting some quotes from Will Rogers. He slowly starts quoting a lot of different people which kind of worries the bots.

Marlowe and Thorne are chatting over their drinks when in walks Marlowe’s assistant Radford Baines. He is wrapped up in his work and doesn’t pay attention to the others. Marlowe is eventually able to persuade him to come over and meet Thorne.

Radford returns from the laboratory with a shrew. He says it’s the only survivor of their latest test. Thorne asks how big do they get. Marlowe (Baruch Lumet) gets an uneasy look on his face but says that is an adult. Just then there’s a loud crash which startles Ann. Turns out it was just a shutter blowing in the wind. Radford takes care of it. Ann is nervous about something more than just the storm. Mario, their servant, takes Thorne to a room for the night.

Turns out Ann and Jerry are engaged to be married. Jerry is beginning to get jealous of Thorne and his interest in Ann. The two of them get into an argument when he finds Ann with Thorne.

As the night sets in, Rook decides to come ashore. In the dark he can hear some noises. Not sure of what they are, he fires a few shots and takes off running with the storm intensifying around him. He climbs a tree and is cornered by the giant creatures. He hollers for help but, with the storm, no one can hear him.

Jerry (Ken Curtis) and Ann continue to argue and Ann is really getting sick of him.

She wants to leave the island but Jerry doesn’t. He wants to continue the experiments with her father.

Outside the compound the tree Rook is on begins to collapse. He falls to the ground and the creatures attack and kill him.

Thorne begins to feel unwelcome at the compound so he decides to head back to the boat. Ann stops him before he can leave. When Thorne asks why he can’t leave, Ann (Ingrid Goude) elaborates more about her father’s experiments. He accidentally made some shrews grow extremely fast. Now they are the size of a wolf and are very hungry. Marlowe comes in and fills in some of the gaps in the story

** Tom and Crow sing a song about killer shrews. Afterwards, they show Joel their new board game about the movie. Just like in the movie nothing happens in the game.

Eventually, the storm knocks out the power at the camp. It’s too dangerous to go outside to restart the generator so they light some candles. Ann and Thorne’s relationship begins to blossom as does Jerry’s jealousy. The shrews attack and kill the livestock. Everyone begins to realize the situation is getting dangerous. They decide to post watches to make sure the shrews don’t get in during the night.

Jerry gets too drunk to take his watch so he talks Mario into doing it for him.

Unfortunately, a shrew gets in and hides out in the basement. Mario wakes Thorne and they head to the basement to kill it.

Mario spots the not-so-little thing and shoots it, but it’s still able to get a bite on his leg. Down goes Mario. Thorn runs over to help Mario. He also shoots the thing a second time which finally kills it.

Everyone rushes to the basement to check on Mario but he dies anyway. No one is quite sure why he died so quickly. They take his body and the shrews for examination. The shrew’s saliva was full of poison. This is what killed Mario. It seems Marlowe had left some poison bait out to try to kill the shrews. Apparently it didn’t work. They decide to have everyone stay in the front room and wait till morning. Unbeknownst to everyone, one of the shrews has gotten into the building by digging through the wall.

Morning arrives and the storm is nearly over. Thorn throws the dead animal carcass over the fence to see if any of the other shrews will try to get it. When none of them show up they assume all the shrews have gone in for day.

Thorne decides to see if the path is clear and heads for the boat. He will fire a shot in the air if everything is clear. Ann doesn’t want him to go by himself so Jerry has to go with him. Jerry’s jealousy gets the better of him and he begins to threaten Thorne with his shotgun as they walk towards the boat.

Thorne is no fool and is easily able to disarm Jerry.

They continued on to the boat but there’s no sign of Rook. They start to head back when they find Rook’s body. They also realize that they’re being followed by the shrews. They take off running back for the building.

** Joel and the Bots make a killer shrew drink. Joel tries it and it knocks him on his butt. Frank has made his own version, tries it and goes completely nuts.

Everyone heads back into the house and Thorne makes himself a drink. Ann goes to make coffee but when she opens the door to the kitchen a shrew comes running  out and bites Radford (Gordon McLendon). Dead Eye Thorne shoots the rodent dead. Radford tells the others he is okay and sits down at his typewriter.

While the others busy themselves, Radford, who is not okay, begins typing out his symptoms while he starts dying. After a few moments he collapses to floor, dead. Thorne tells Jerry to take Radford’s body outside. Jerry starts getting hysterical so Thorne slaps him around to knock some sense into him. Just then the shrews start chewing holes through the walls trying to get at the tasty humans. Everyone retreats to the patio for safety. Jerry finds the shotgun in the corner while everyone else is looking for some sort of protection. He stashes the gun for later. Thorne find some metal drums which gives him an idea. They lash the drums together and will use them as protection to get to the boat. Jerry grabbed the shotgun and climbs onto the roof. He votes to stay instead of taking the drums. Anne and the others try to talk him down but it’s no use. Thorne, Marlow and Ann crouch down inside the drums and head for the boat. The shrews try to get at them but they are protected by the drums.

Seeing that all of the shrews are chasing the others, Jerry climbs down from the roof. He tries to catch up with the others but the shrews get to him first and kill him. The others eventually make it to the shore and swim to the boat. Marlow makes a comment about overpopulation. Thorne looks at Ann and says he isn’t worried about overpopulation right now. The two of them kiss as the movie ends.

** Crow, Tom and Gypsy are all dressed like killer shrews. They reenact the scene, with Joel, where Ranford is killed in the movie.

Down in Deep 13 Frank has a tummy ache. Dr. Forrester gives him an ipecac.

James Best is best known for playing Sheriff Rosco P. Coltrane in the Dukes of Hazzard. 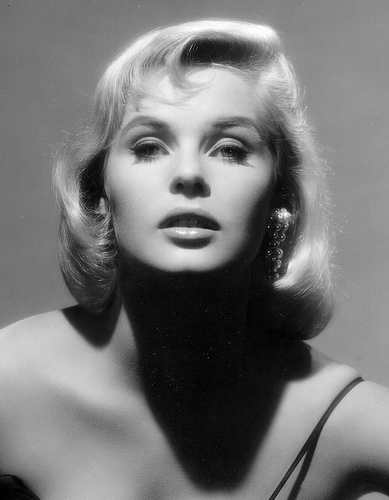 Ken Curtis is best known for his role as Festus Haggen on the long-running western tv series Gunsmoke. We also appeared in several movies by director John Ford. 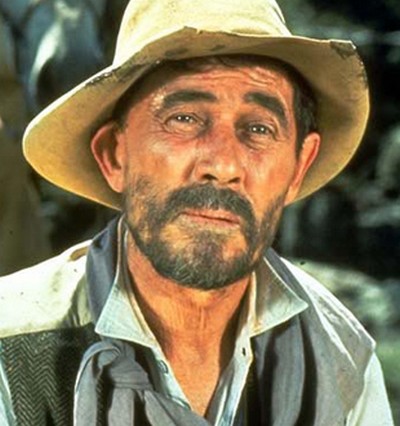 Gordon McLendon is a member of the National Radio Hall of Fame. His family at one time built a communications empire that included radio stations across the United States 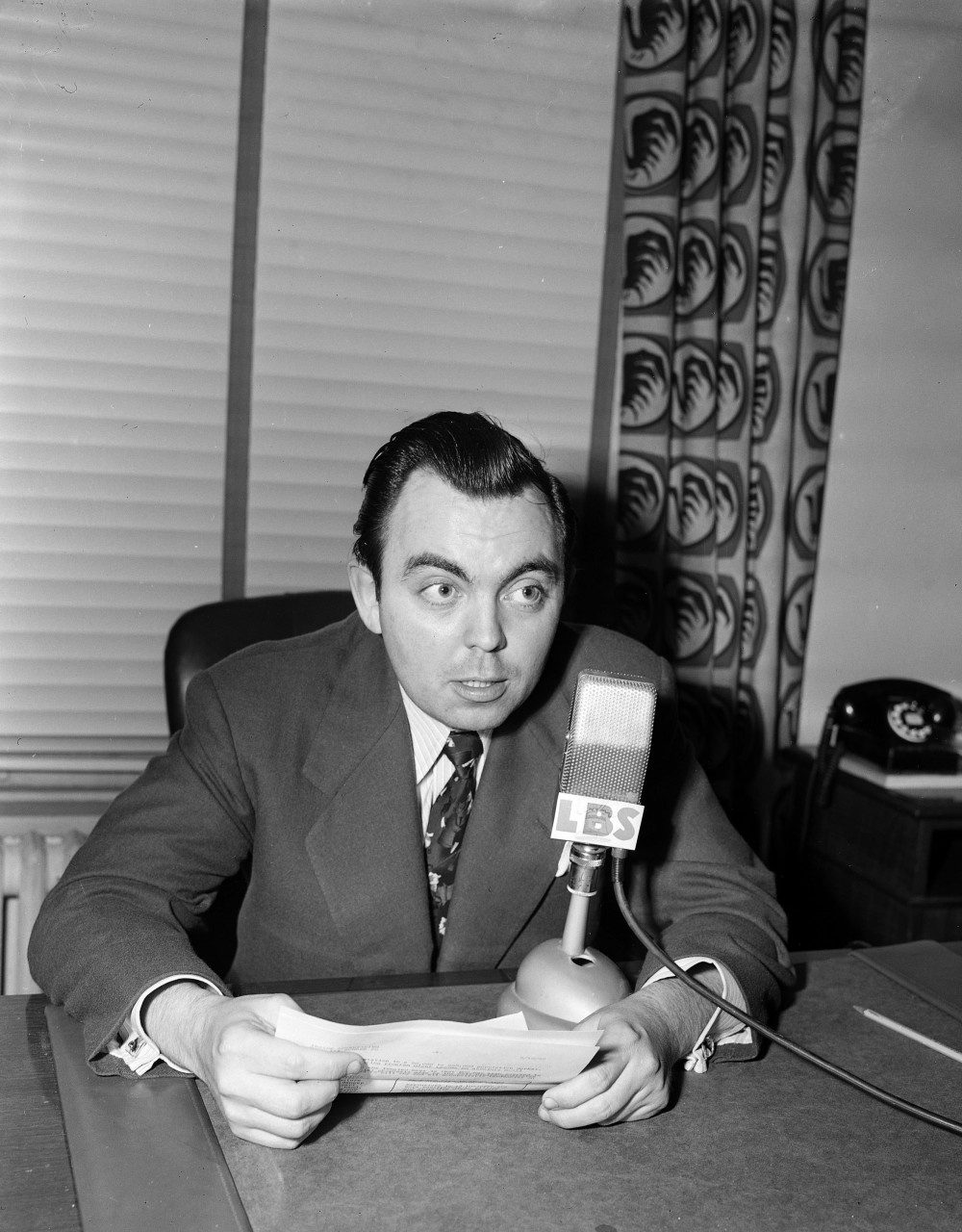 Baruch Lumet was a Polish immigrant born in Warsaw before caming to the USA in 1922. He did not do much acting. He is the father of famed director Sydney Lumet 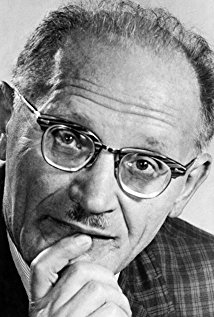 Good episode. Very good host segments, in particular the Killer Shrews song. The movie is terrible and memorable. 4 out of 5.