It’s annual wash and wax day on the SOL. Joel loves this day but Tom and Crow don’t. Afterwards Tom really likes being all squeaky clean but Crow is still really upset.
The Mads invention is decorator roaches. They had some help catching roaches from an exterminator who just happens to be Steve Reeves.

Joel and the bots invention is the Steve-a-meter. It checks if your ideas have already been thought of by Steve Allen. Frank and Dr Forrester get into a fight so Steve Reeves has to send the movie.

A Greek ship rows ashore at Attica. Hercules has returned with his new wife, Iole. They are headed to Thebes, accompanied by a young man named Ulysses. They load up a wagon with supplies and gifts from the crew and ride away.
Along the way a group of soldiers ride past the wagon heading towards Thebes. This puzzles Hercules so he chases after them. Ulysses tells him he should slow down. Hercules (Steve Reeves) not only slows down, he decides to take a nap in the back of the wagon, letting Ulysses do the driving for a while. Iole sings a little tune while Hercules drifts off.
Down the road a ways, they run into the gigantic Antaeus. He will not let them pass through without some sort of payment. He threatens to take the horses and any valuables they have. Iole tries to get Hercules to wake up and help them but he refuses. Antaeus goes to the back of the wagon and tells him he is going to take Iole  with him. Hercules doesn’t seem to care until Antaeus touches him. Hercules jumps from the wagon and they begin fighting. As expected, Hercules wins the battle.
They ride on a little further and it starts to rain. They find a grove of trees surrounding a cave and head in to get out of the rain. There are a few soldiers there and when they go inside, Hercules spots a familiar face. It Oedipus, the ruler of Thebes, or at least he was. Seems his sons, Polynices and Eteocles, forced the old man to give up the throne and the two of were supposed to share it. After one year Eteocles was due to let Polynices be the leader but has refused to follow their agreement. Hercules will go to Thebes and convince Eteocles to honor the bargain.

** Break
** Gypsy has built a Greek style set for Joel and the bots. She comes out dress as the ideal Helenistic woman and begins to sing and play the harp. Joel and the bots aren’t sure what to make of it.

The next day, Hercules leaves Iole at his home while he and Ulysses head into Thebes with a parchment scroll from Polynices to give to his brother. Along the route the big guy starts getting hungry so they stop at another small cave and Ulysses goes to hunt a pheasant. Hercules gets a drink of water from a spring flowing out of a rock. Unfortunately, it is the waters of forgetfulness.

After a moment Hercules starts getting dizzy and the horses get spooked and run off.
Meanwhile Ulysses has bagged them a meal. Suddenly the horses go running past. Alarmed by this, he heads back to the cave but not before dropping the ever important scroll.
Dazed and confused, Hercules starts hearing a woman singing. Ulysses makes it back to Hercules but he can’t hear any of the singing. Hercules looks for the voice but eventually he passes out. A group of soldiers shows up and take Hercules and Ulysses, who is pretending to be deaf and mute, prisoner. The soldiers take them to Queen Omphale of Lydia.
Omphale has a little game she is running. She uses the waters of forgetfulness to capture unsuspecting men and have them fall in love with her. When she tires of them she has them killed and gets a new one.
Hercules awakens and can’t remember a thing. Omphale (Sylvia Lopez) tells him he is the king and her husband. Hercules thinks the whole idea is pretty sweet and instantly finds Omphale very attractive.
Back outside of Thebes, Iole is getting anxious. It’s been three days and no word from Hercules yet.
Meanwhile Hercules is really enjoying himself. Ulysses is giving him a massage and serving girls are giving him food. Ulysses notices they are giving him some of the Waters of Forgetfulness. He spills the water and gets him some non tainted water. Ulysses breaks his act and tells Hercules his real name. He also tells him about Iole and the mission to Thebes. Hercules doesn’t believe him. Just then Omphale comes in and the conversation stops and Ulysses goes back into character.

** Break
** Joel and the bots try some of the Waters of Forgetfulness as well as the Carrot Shake of Pretentiousness, the DQ Blizzard of Loneliness, the Fruit Stripe Gum of Stability, and the Green Bean & French Onion Casserole of Happiness.

Iole tried to find Hercules, but Eteocles’s men found her and brought her to him. Eteocles figures that she and Hercules are plotting against him with his brother. He has her arrested and threatens to arrest anyone plotting against him.
The next day Ulysses is giving Hercules another message. He keeps him from drinking from the bad water. He also tells him about how Omphale kills off her lovers when she tires of them. Hercules is starting to remember but is still not sure if Ulysses is telling the truth.
Later he is making out with Omphale when they are notified that a group of sailors from Ithaca have arrived and are seeking shelter for a few days. Hercules is really annoyed by this but Omphale most go and great them. She takes notice of one of the younger crewmen and starts looking at him as a replacement for Hercules.
Speaking of the devil, Hercules comes barging in demanding that Omphale return to him for some more fun stuff. Several of the men from Ithaca recognize Hercules. He doesn’t recognize them so they drop it. Polynices has grown tired of waiting. He figures Hercules is working with his brother  so he decides to attack the city and take the throne. Of course Eteocles is preparing to defend it.
Over in Lydia, Omphale is messing around with her new friend but he is no dummy and has figured out what she is up to. Just then Hercules comes in and he has regained his memory. Omphale agrees to let Hercules leave with the rest of the Ithaca sailors but then changes her mind and orders her men to kill them. Time for Hercules to do some damage. He starts lifting heavy objects and throwing them at the soldiers. He and the rest of the Greeks are able to escape to their ship and sail away. Omphale, who was really in love with Hercules, is so distraught at his leaving that she kills herself.

** Break
** The bots try to get Joel to explain what Hercules and Omphale are doing after they snuggle and kiss. Joel is a little uncomfortable and tells them he is her live in dentist but the bots ain’t buying it.

Polynices and his men arrive at the main gate of Thebes but Eteocles has a surprise for them. He has several women captives that he has accused of being loyal to Polynices killed in front of them. He also says he is going to feed Iole to the tigers if Hercules tries to save her. Polynices and his men back away from the fight.
Hercules finally makes it back to Thebes and sees what Eteocles has done. He decides to sneak into Thebes to rescue Iole. The men from Ithaca agree to help. Meanwhile Eteocles sends Polynices a note. He challenges him to a duel to settle who the ruler of Thebes should be.
Herc and the boys make it inside Thebes. He gets trapped in an arena and a group of tigers are set loose to have a herculean meal but the big guy survives with barely a scratch.
Polynices and Eteocles meet just outside the main gate of Thebes.

The two heels do battle with Polynices striking Eteocles first. Eteocles fights back and kills his brother. The victorious Eteocles celebrates but then falls over dead from his wound.
The remaining soldiers begin fighting for control of the city. Many are killed before peace finally wins our. Hercules finds Iole and the Theben’s choose a new leader.

** Joel and the bots are trying to figure out why the Hercules movies were made. Gypsy, Crow and Joel have some elaborate theories but Tom claims it was just because they were cheap to make. The Mads ask Steve Reeves his opinion and he seems to agree with Tom.

Steve Reeves: After a body building career Reeves predominantly worked as an actor in Italy portraying Hercules, Goliath and other muscular characters

Sylvia Lopez started as a model before switching to acting. She died in 1959 at the age of 26, soon after finishing this film, from leukemia. 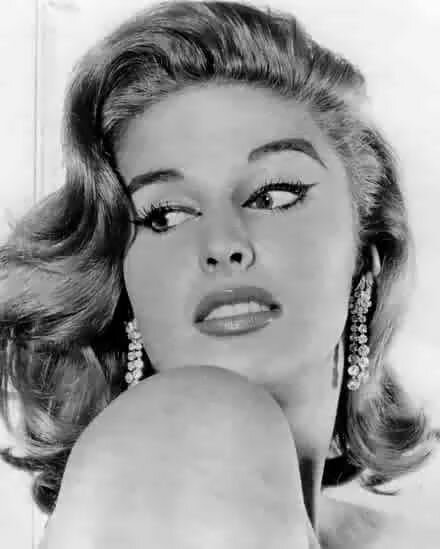 Sylva Koscina had an extensive film career in Italy but is best know to American audiences for her portrayal of Iole in this film and the preceding Hercules film.

## Is he turtle waxing him?

The first part of the movie is good. There’s stuff happening with Herc and there is some kind of story going on. Then it grinds to a halt from there. Good episode though. 3 out of 5.